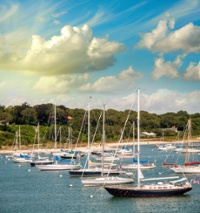 The new Department of Labor (DOL) overtime exemption rules increase the salary threshold from $23,660 a year to $47,476 annually, beginning December 1, 2016. This means that employees earning less than the threshold can no longer be considered salaried and exempt from overtime pay.

While the DOL has indicated that the regulations will have a minimal effect on wages, there are other factors not taken into account in their impact estimations. Employers need to be mindful of several employee benefit classifications, as well as the potential impact on other laws, such as the Patient Protection and Affordable Care Act (ACA).

There are three affordability safe harbors for the ACA that employers use to satisfy the requirement to offer affordable, minimum value coverage or face the employer shared responsibility taxes and fines. Since employers don’t know and aren’t allowed to ask about family income, the regulatory agencies developed the safe harbors to compensate for that lack of information.

The safe harbor applies to the single-only premium of the lowest cost plan offered to employees, even though they may enroll in a different tier of coverage or plan. To determine the safe harbor amounts, the regulatory agencies set the percentage used in the calculation. For 2014, the amount was 9.5 percent, in 2015 it was 9.56 percent, and for 2016 is 9.66 percent.

To calculate the safe harbor, the employer would choose the one that best applies to them. There are some cases where employers don’t have a choice between methods because of the interplay between the regulations and the way employees are compensated. For example, many restaurants will have to use the W-2 Box 1 safe harbor instead of the rate of pay safe harbor due to restrictions on the use of rate of pay for employees who receive tips.

Since many employers use the rate of pay safe harbor for affordability, they need to account for the change from salaried to hourly calculations. For example, in the case of a salaried employee currently making $25,000 per year, the new overtime exemption rules require that the employee be reclassified as hourly since he or she earns less than the threshold. Being salaried, the employee currently cannot pay more than $201.25 per month, or $46.45 per week, for coverage ($25,000 divided by 12, times 0.0966).

This could cause further financial strain on the employer, if it must modify its contributions to medical plans to bring them into the affordable range, which is a difference of more than $50 per month, per employee.

Employers should review their affordability calculations, now with the understanding that their policy renewal time may not be until after the new overtime exemption rules go into effect. This also affects when advance notice must be given to the affected workers. In most cases, this is no later than 60 days prior to any changes regarding benefit plans or contributions. The advance notice could also be problematic when employee contributions are made pre-tax, as in the case of cafeteria plans.

For employers using the look-back method for tracking and counting hours, it is imperative that they look at those potential changes now, before going into an administrative period and subsequent stability period. Employers using the measurement and look-back method are very limited in the circumstances that allow an employee to be moved from full-time to part-time status (and thus, dropped from benefits) during a stability period.

Likewise, if other benefits are classed, it could also affect employee eligibility for coverage. Many times life or disability coverage is different for salaried versus hourly employees. This could result in a loss of benefits for some employees.

Employers need to plan for these changes now, since December is likely a very busy time for most employers with end of year responsibilities. Make sure you know what changes will need to occur before the requirement sweeps in on December 1, including any advance notification requirements.