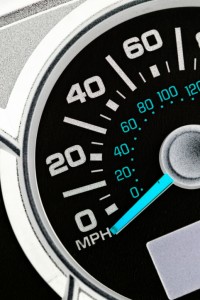 On December 10, 2014 the IRS released the optional standard mileage rates for 2015. Beginning on January 1, 2015, the standard rates for the use of a car, van, pickup or panel truck are:

Taxpayers may instead claim deductions based on the actual costs of using a vehicle rather than the standard mileage rates if they prefer.

Because this increase occurred so late in the year, it is of limited value to most employers and employees. Employers able to take advantage of the increased limit have raised questions about how to handle and report it. On January 9, 2015 the IRS issued Notice 2015-2. This notice provides a special process for employers that provide additional tax-exempt benefits to make corresponding adjustments to Federal Insurance Contributions Act (FICA) withholding and reporting. Any excess withholding of federal income tax will not be adjusted by the employer, but may be claimed by the employee when the Form 1040 is filed. The Notice states that employers may not simply contribute or allow employees to contribute amounts above the monthly limit to recoup the 2014 amounts. Employers may use the normal refund process that applies when FICA is withheld in error if they prefer.