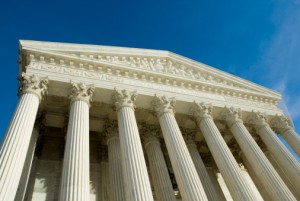 The Department of Labor (DOL), the Department of Health and Human Services (HHS), and the Internal Revenue Service (IRS) have issued proposed regulations that would update the summary of benefits and coverage (SBC) requirement, including the SBC template, instructions, example calculator, and uniform glossary. If adopted, the revised form would be used for open enrollments beginning on or after September 1, 2015, and for plan years beginning on or after September 1, 2015, for plans that do not have an open enrollment.

The basic SBC distribution requirements would remain in effect, and a plan administrator that has multiple service providers, such as a major medical provider and a prescription drug provider, would still be allowed to provide multiple SBCs if it notified participants that the SBCs need to be considered together.

Under the proposal, information about the plan’s status as providing minimum essential and minimum value coverage would need to be included on the SBC itself and could no longer be provided separately. The SBC also would be required to state whether elective abortion is covered.

The SBC template itself would be shorter (about five pages compared to the current eight) to allow additional space for plans that need more room to adequately explain their benefits. A new example, involving emergency department care for a foot fracture, would be required, in addition to the current examples of a normal birth and diabetes management. The examples would still be based on figures supplied by HHS, and not actual plan data, although the figures in the HHS calculator have been updated. Most of the deletions from the SBC template involve text, not benefit information. The uniform glossary would be expanded, however.

Comments on the proposed changes are due March 2, 2015, which means that the final version of the template to be used starting this fall likely will not be available until early this summer.