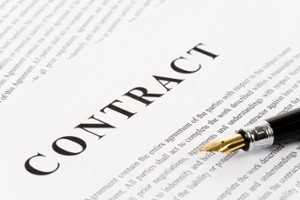 In last week’s blog, we explained the different types of stop-loss insurance. This week we will go over another important aspect of stop-loss: contract periods. Stop-loss contract periods are perhaps the most complicated aspect of understanding how stop-loss insurance works. A contract term will define the period when a claim is incurred and when it is paid. Contract terms are set up as such because claims incurred within a year are often not paid until the next year due to the lag of time between when they are incurred (have the medical appointment) and when the paperwork gets submitted by the provider’s office. Let’s take a look at the three most common types of contracts:

12/12 – This covers only claims incurred and paid within the policy year. This type of contract is typically only used for the initial year of coverage.

15/12 – This covers claims paid within the policy year that are incurred during the policy year and the three months before the policy year begins. This type of contract is often referred to as a “run-in policy.”
When negotiating the terms of the contract, it is extremely important to ensure that the contract period you have chosen will give you adequate coverage. If not, you may end up with thousands of dollars of uncovered claims. Be sure to work with your benefit advisor to ensure coverage issues such as these are identified and preemptively managed.