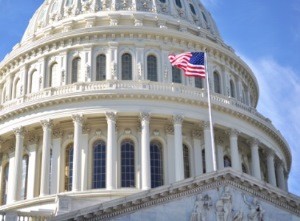 Federal agencies recently issued a final rule that essentially combined a variety of interim final rules and non-regulatory guidance on a variety of Patient Protection and Affordable Care Act (ACA) initiatives such as grandfathered health plans, preexisting condition exclusions, internal and external appeals, rescission’s of coverage, lifetime and annual limits, emergency care access and dependent coverage. The final rule was very similar to the previous guidance it consolidated. The final rule goes into effect on January 1, 2017. At that time all of the prior interim rules will be superseded.

Grandfathered plans have been governed by anti-abuse rules, to prevent plans from maintaining grandfathered status when employees transferred into the plan are from a transferee plan that would have caused the transferor plan to lose grandfathered status if its terms were adopted. There is an exception for bona fide reasons for employee transfers, such as a plan being eliminated by the carrier.

The final rule noted that a plan that eliminated substantially all benefits needed to diagnose a condition would cause a plan to lose its grandfathered status, but purposefully declined to provide a bright line rule to interpret the requirement. Excessive increases to a single or limited number of copayments would cause a plan to lose grandfathered status, even if the remaining copayments remained the same.

Plans that add additional tiers (such as individual plus one, individual plus two) will not lose grandfathered status if the contribution rate for the new tiers is not below the previous non-self-only tier by more than five percent. Employers with grandfathered health plans that offer wellness programs should take great caution if the wellness program imposes penalties for failing to meet standards, this could put the plan’s grandfathered status at risk. Finally, grandfathered health plans may move brand-name versions of drugs that become generic to a higher cost-sharing tier.