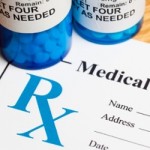 Most employers have been using multi-tier prescription drug plans for many years, but new data released from the 2014 UBA Health Plan Survey shows a significant increase in the use of 4-tier plans, which typically cover the highest cost drugs, as well as major increases in corresponding median copays – a trend that is expected to continue.

According to UBA’s survey, 57.1 percent of all prescription drug plans utilize three tiers (generic, formulary brand, and non-formulary brand), 6.8 percent retain a 2-tier plan, and 32.9 percent offer four tiers or more. In five years (since 2009), the number of 3-tier plans has decreased 20.4 percent (from 71.7 percent to 57.1 percent) and 2-tier plans have decreased 45.6 percent (from 12.5 percent to 6.8 percent) in that same time period. 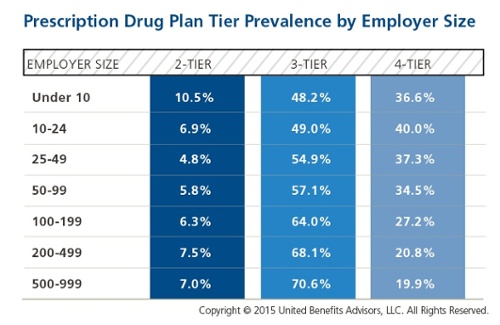 Read UBA’s full press release including the latest commentary from UBA Partners on these trends.

Get the most up-to-date trends in pharmacy copay design.