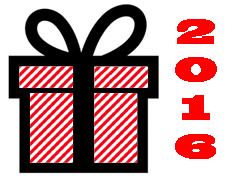 President Obama has signed the omnibus legislation that includes the Consolidated Appropriations Act for 2016 and a tax extenders package. The agreement will keep the federal government running through September 2016. Within the legislation is language that significantly impacts provisions of the Patient Protection and Affordable Care Act (ACA), largely through delays of upcoming taxes.

The most significant delay contained in the omnibus bill is a two-year delay on the “Cadillac tax” or the 40 percent excise tax on high-cost health insurance.

The omnibus bill also put a moratorium on the Health Insurance Provider (HIP) Fee for 2017, which went into effect in 2013 and will return in 2018. The HIP fee imposes an aggregate annual tax apportioned among health insurers of “United States health risks” whose annual net premiums written exceed $25 million based on relative market share.

Insurers required to pay the tax are those providing health insurance during the calendar year in which the tax is due.

The annual tax burden shared by health insurers is:

The ACA defines a “taxable medical device” as any device as defined in the Federal Food, Drug and Cosmetic Act intended for humans, but does not include: (1) eyeglasses; (2) contact lenses; (3) hearing aids; and (4) any other medical device determined by the Department of Treasury to be of a type which is generally purchased by the general public at retail for individual use.

There has been bipartisan opposition to the medical device excise tax in recent years.

The omnibus bill also limits funding for the mandatory “risk corridor” program established by the ACA (for calendar years 2014 to 2016) and a permanent “risk adjustment” program for qualified health plans in the individual and small group markets offered through an Exchange, excluding grandfathered coverage. The program is intended to limit losses and gains but provide more certainty to insurers in the Exchange. The spending limit means that payments to insurance companies with excess loss will not be fully funded.

The legislation also eliminates funding for the Independent Payment Advisory Board (IPAB) for the 2016 year. IPAB, or “the death panel” as politicians famously called it, is a panel of experts that are convened to recommend spending cuts if Medicare spending grows too quickly. However, since the enactment of the ACA, Medicare has never grown at a rate that triggered the convening of the panel.