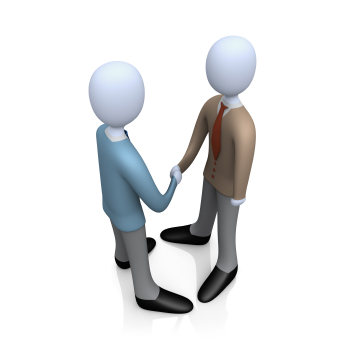 H3N2 influenza viruses led to record numbers of deaths in the 2004, 2008, and 2013 flu seasons. Doctors are concerned because this type of virus appears to be dominating the 2015 flu season. Employers should stress optimal health and hand-washing behaviors in their workplaces to avoid the threat of flu and keep their workplaces healthy and germ-free.

The United States Centers for Disease Control (CDC) reports a majority of cases so far this flu season are H3N2 viruses. When these types of viruses are the most prevalent in a flu season, the result is often more severe illness with greater instances of hospitalization and death. This year the CDC is finding that the flu vaccine’s ability to protect against H3N2 viruses is not as strong as was hoped when the vaccine was being formulated. This reduced protection is the result of mutation in about half of the H3N2 viruses since the season began. The CDC still recommends the vaccine as vaccinated people will likely have a more mild illness if they do become ill. This warning will help employers to see the need to augment vaccination with other preventive health measures.

Effective hand washing is essential to prevent the spread of infectious disease. The bacteria, viruses, and other microbes that spread infection usually are not visible to the naked eye. Everyone should care about the spread of harmful organisms because everyone has the potential to unknowingly spread them to a person with a compromised immune system. Examples of those with compromised immune systems include family members, particularly children and the elderly, or co-workers coping with illnesses like cancer, heart disease, or diabetes.

Hands should be washed frequently. You may be surprised to discover how many times you inadvertently touch your face in the course of a day, which is often the method that introduces contaminates to our bodies through our eyes, nose, or mouth. At a minimum, wash your hands several times per day to lessen the risk of inadvertently spreading harmful organisms.

Wash hands both before, during, and after food preparation as well as before eating, treating a wound, or adjusting contact lenses. Hands may need to be washed multiple times during food preparation. For example, Salmonella is a bacteria that can be found on raw meats and vegetables, and is a serious concern in the United States. According to the CDC, each year over one million people acquire the illness, leading to 19,000 hospitalizations and 380 deaths. In addition to cooking food properly and cleaning work surfaces, Salmonella abatement requires hands to be cleaned before handling cooked meat or other ingredients to prevent the transfer of organisms from raw items.

To minimize the spread of respiratory infections and diarrheal illness, wash hands after using the toilet, coughing, blowing your nose, changing a diaper, or touching garbage, soiled laundry, shoes, an animal, or anything touched by an animal. This preventive step lessens the amount of germs transferred to key boards, handrails, door knobs, or toys.

Soap and clean running water are two elements of optimal hand washing. The surfactants in soap lift soil and microorganisms from the hands, enabling the running water to carry the undesirable elements away without posing the risk of recontamination caused by standing water. Water of cool or warm temperature works equally well in removing undesirable organisms. Another helpful part of the process is the mechanical action created when hands are scrubbed or rubbed together continuously.

Best practice for hand washing requires wetting the hands, turning the water off to prevent waste, applying soap, and spreading the soap across all surfaces of your hands for 20 seconds, being sure to include fingernails, back of hands, and wrists. Importantly, don’t rush the hand-washing process. Often parents will teach children to wash hands to the time it takes to sing the A-B-C song or another jingle that reliably takes 20 seconds. After scrubbing for 20 seconds, rinse hands thoroughly under running water. If the faucet is not operated by a sensor, use a towel or your elbow to turn it off in a manner avoiding hand recontamination. Finally, dry hands with a clean cloth, new disposable towel, or air blower.

Alcohol as an Alternative

An alcohol-based sanitizer can be an effective alternative to soap and water where a sink or clean water is unavailable. Examples of locations where sanitizer may be practical include conference rooms, break rooms, reception areas, or just outside of restroom doors.

According to the CDC, effective use of waterless hand sanitizer requires an alcohol-based solution containing at least 60 percent alcohol. For hand sanitizers to be effective, it’s important that enough solution is used, that it stays on the skin and is not wiped or washed off prematurely, and that the solution is allowed to thoroughly dry on the skin.

Similar to the use of soap and water, mechanical action or friction caused by scrubbing or rubbing hands together is essential for waterless hand sanitizer to stop the spread of microorganisms. Additionally, the hands must be free of organic matter prior to applying hand sanitizer. Using the appropriate amount of sanitizer requires placing enough sanitizer to cover a dime in the palm of one hand. Hands must then be rubbed together in a manner that covers all surfaces, including the back of the hands, until they are dry.