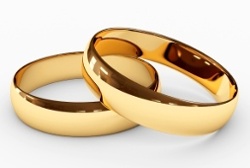 The IRS also clarified that, under the Proposed rule, for federal tax purposes the term “marriage” does not include registered domestic partnerships, civil unions, or similar relationships recognized under state law. The Proposed rule stated that couples choose between relationship types deliberately, and for some there are benefits to being in a relationship that provides some but not all protections and responsibilities of marriage.

Comments for the Proposed rule are open through December 7, 2015.