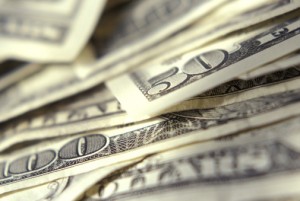 PPACA created a private non-profit corporation called the Patient-Centered Outcomes Research Institute (PCORI). The Institute’s job is to research the comparative effectiveness of different types of treatment for certain diseases, and to share its findings with the public and the medical community. The goal is to improve quality of treatment and reduce unnecessary spending. The Patient-Centered Outcomes Research Institute (PCORI) fee is to support this research and applies from 2012 to 2019. The fee is due based on plan/policy years ending on or after October 1, 2012, and before October 1, 2019. The fee is due by July 31 of the year following the calendar year in which the plan/policy year ended. This means that the first fee was due July 31, 2013, for those on November, December, and calendar year plan years. The first fee is not due until July 31, 2014, for those with plan years that start January 2 through October 1.

The fee will be calculated and paid by the insurer for fully insured plans (although the fee is usually being passed on to the plan). The plan sponsor of self-funded plans (which is usually the employer) must file and pay the fee for those plans. (If the plan uses a third party administrator, the TPA may assist with the calculation, but the plan sponsor must file the form.) Health reimbursement arrangements (HRAs) are considered self-funded plans, so employers will need to file for those plans, even if the insurer is filing for the related fully insured medical plan. If multiple employers participate in the plan, each must file separately unless the plan document designates one of them as the plan sponsor.

The fee is based on covered lives, so employees, retirees and COBRA participants and their covered dependent spouses and children are all counted. However, only the employee, retiree or COBRA participant needs to be counted for an HRA or a health flexible spending account (health FSA) – dependents covered by these accounts can be excluded.

The fee applies to all types of employers, including private, government, not-for-profit and church employers. Grandfathered plans must pay the fee.

Several options are available for calculating the fee:

The same method must be used throughout a reporting year, but it may be changed from year to year.

The plan sponsor must report and pay the fee on IRS Form 720 each July 31. This will be an annual filing, even though Form 720 is generally filed quarterly. The plan sponsor may file electronically or with paper.