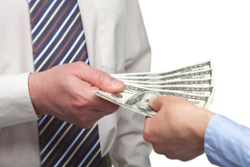 Federal agencies have released the proposed rule for the 2017 Benefit Payment and Parameters. Among other items, it provides updates and annual provisions relating to:

The Benefit Payment and Parameters rule is typically finalized in the first quarter of the year following the release of the proposed version. Comments on the proposed rule are due by December 21, 2015 (today).

The proposed rule suggests amending the regulatory definitions of “large” and “small” employers to match the definition set by the Protecting Affordable Coverage for Employees Act (PACE Act). The definitions would be revised to define a large employer as one that averages at least 51 employees in the previous year, but states may elect to define large employers as those with 101 or more employees. Similarly, the definition of small employer would change to an employer with an average of at least one but not more than 50 employees on business days during the preceding calendar year. States may elect to define a small employer as one with 100 or fewer employees. The rule would also provide that, for an employer not in existence the preceding calendar year, its size should be determined by its reasonable expectation of the average number of employees during the year.