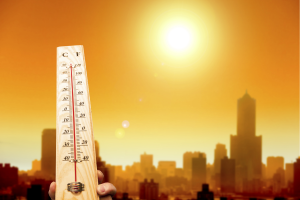 The last few months have seen as many complaints filed by the U.S. Equal Employment Opportunity Commission (EEOC) against wellness programs. On August 20, 2014, the EEOC brought its first direct challenge of a wellness program under Title I of the Americans with Disabilities Act (ADA) against Orion Energy Systems, Inc. (The Orion Suit). On September 30, 2014, the EEOC initiated its second ADA action against Flambeau, Inc.’s wellness program (The Flambeau Suit). The latest petition was filed on October 27, 2014, against Honeywell International, Inc.’s wellness program (The Honeywell Suit), and it includes counts under both the ADA and the Genetic Information Non-Discrimination Act (GINA).

In this third part of a series on wellness programs, I am going to summarize the facts of each of the suits as they were presented in the EEOC’s court filings, discuss the often-cited case, Seff v. Broward County, as well as some takeaways for employers sponsoring corporate wellness programs.

In March 2009, Orion implemented a wellness program where employees were required to test on a range of motion (ROM) machine and complete a health risk assessment (HRA), disclosing their medical history and underwent blood work. Declining to participate in the HRA resulted in a 100% shift in premium cost from Orion to the employee. Employees who declined to participate in the ROM test were assessed a penalty of $50 per month.

Allegations Giving Rise to the Suit

As a refresher, the ADA generally prohibits an employer from requiring a medical examination unless the examination is shown to be job-related and consistent with business necessity. There is an exception where an employer may conduct voluntary medical examinations, including voluntary medical histories, which are part of an employee health program available to employees at that worksite provided: (i) participation in the program is voluntary; (ii) information obtained is kept confidential in accordance with the ADA requirements; and (iii) information obtained is not used to discriminate against an employee.

From December 2011 through December 2012, Flambeau sponsored a wellness program where employees were required to complete an HRA and biometric testing, including blood work, measurements, and a medical history questionnaire.

Employees who participated in the wellness program paid about 25% of the total employee-only premium. Declining to participate in the HRA resulted in a 100% shift in premium cost from Flambeau to the employee, possible insurance cancellation, and unspecified disciplinary action.

Allegations Giving Rise to the Suit

The EEOC claims that Flambeau’s wellness program was not voluntary for the following reasons:

In August and September 2014, Honeywell announced to its employees that they (and their spouses if they had family coverage) are to undergo biometric testing, including a blood draw, by a Honeywell vendor for the 2015 health benefit year. If an employee (or the spouse if they had family coverage) declines to participate in the biometric tests, the following will be assessed in 2015:

Worth noting, and the crux of the issue from an employer’s perspective, is that the incentives/penalties above appear to be inside the parameters of the Patient Protection and Affordable Care Act (PPACA) and the Health Insurance Portability and Accountability Act of 1996 (HIPAA).

The EEOC claims that Honeywell’s wellness program is not voluntary because an employee could lose up to $4,000 through surcharges and lost HSA contributions for declining to participate in the Honeywell wellness program.

GINA and the EEOC’s Claim

As discussed in Part II of this series, under GINA, it is unlawful for an employer to request, require, or purchase genetic information with respect to an employee or an employee’s family member. There is an exception if the information is part of a wellness program, subject to strict adherence of the following three requirements:

Within the framework of the wellness program exception, employers are permitted to offer certain kinds of financial inducements to encourage participation; however, employers may not offer an inducement for individuals to provide genetic information. In the HRA context, for example, an employer may incentivize participants to complete the HRA, but those questions requesting genetic information must be specifically identified and clearly state that they need not be answered in order to receive the incentive.

In the petition for a temporary restraining order (TRO) and preliminary injunction, the EEOC claimed that Honeywell violated GINA by requiring covered spouses to undergo biometric testing or the employee and/or spouse will incur penalties and lose incentives, thus acquiring genetic information through inducement. U.S. District Judge Ann Montgomery denied the EEOC’s request in November 2014.

In October 2009, Broward County adopted a wellness program as part of its benefit plan, which had an HRA and a biometric screening, including finger stick, as well as an optional disease management component. All information was kept confidential and any personal information obtained was not disclosed to Broward County officials and was reported only in aggregate form. Participation in the wellness program was not required for health coverage; however, employees who did not complete the HRA and biometric screening would incur a $20 charge on each biweekly paycheck.

The 11th Circuit U.S. Court of Appeals held that Broward County’s wellness program fell squarely within the ADA’s safe harbor provision, which exempts certain insurance plans from the ADA’s general prohibitions, including the prohibition on required medical examinations and disability-related inquiries. The “benefit plan exception” states that the ADA “shall not be construed” as prohibiting a “person or organization … from establishing, sponsoring, observing or administering the terms of a bona fide benefit plan that are based on underwriting risks, classifying risks, or administering such risks that are based on or not inconsistent with state law…” or where the plan is not subject to state law (a self-funded benefit plan) so long as the exemption is not used as a subterfuge to avoid the purpose of the ADA.

The Court held that the wellness program was a term of a bona fide benefit plan, which was available only to group plan enrollees, and was included in benefit explanation handouts. Determining whether the program was based on underwriting, classifying, or administering risks, at least one court has defined underwriting as “generally refer[ring] to the application of the various risk factors or risk classes to a particular individual or group for the purposes of determining whether to provide coverage.” The safe harbor acts to protect the process of risk assessment so that accurate premiums may be established.

If the facts in the Orion and Flambeau suits are taken as true, it is simply bad form, and illegal, for an employer to retaliate against an employee, and legal action should be sought. It is also a bad idea to shift 100% of the premium cost to an employee who declines to participate in a wellness program. The EEOC clearly views this as punishment and a non-voluntary program.

Many legislators, CEOs, and sponsors of corporate wellness programs are angered that the EEOC is bringing lawsuits and sending confusing messages instead of releasing guidance on its approach to wellness incentives. Earlier in December 2014, a number of prominent business leaders organized by the Business Roundtable met at the White House and threatened to withdraw their support for PPACA.

The EEOC recently stated in its 2015 legislative agenda that it expects to release proposed regulations on the impact of the ADA and GINA on wellness programs in February 2015.

Employers should remember that wellness programs have always been an alphabet soup of laws under which compliance is required. Employers should resolve to bring in legal counsel and other experts when crafting their wellness programs. There is a fine line between what constitutes voluntary and non-voluntary, and until guidance is issued or cases adjudicated, that line is hard to see.

For more data on wellness programs and other plan design trends, download the 2014 Health Plan Executive Summary. This survey – which has been conducted every year since 2005 – is the nation’s largest health plan survey and provides more accurate benchmarking data than any other source in the industry. You can contact a UBA Partner Firm for a customized benchmark report based on industry, region and business size.