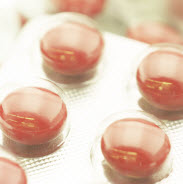 The 10-panel drug screen test is a drug test method that screens for 10 drugs. This type of test can detect several illegal drugs as well as high levels of prescription drugs that have the potential for abuse. The test procedure is relatively simple and provides results in three to eight minutes, making it a valuable tool for occupational medicine facilities and law enforcement officials.

According to Craig Medical Distribution, the manufacturer of a popular 10-panel drug screen test, the test pouch should not be opened until just before urine is collected for the test. Fresh urine is collected in a clear container and the test wicks are then dipped into the urine sample. The wicks should remain in the sample for 20 to 30 seconds, but other parts of the device should not come into contact with the urine.

The 10-panel drug screen tests for the illegal drugs cocaine, angel dust, heroin and marijuana. Some prescription drugs have the potential to become addictive, so the 10-panel drug test also screens for several legal drugs that are also known to be drugs of abuse. The test screens for tricyclic antidepressants, benzodiazepines, opiates, methadone, barbiturates and methamphetamine.

The 10-panel drug screen has applications in the fields of occupational medicine and law enforcement. It may be used to determine if an employee was under the influence of drugs at the time of a workplace accident or injury. Employers may also use this test to screen potential employees for drug use. Law enforcement officials may use this test to monitor offenders who are on probation or enrolled in work release programs. If a positive test result occurs, an offender may be put in jail on a probation violation.