Many employers benchmark their health plan against carrier provided national data. While that is a good place to start, regional cost averages vary, making it essential to benchmark both nationally and regionally—as well as state by state. For example, a significant difference exists between the cost to insure an employee in the Northeast versus the Central U.S.—plans in the Northeast continue to cost the most since they typically have lower deductibles, contain more state-mandated benefits, and feature higher in-network coinsurance, among other factors.

Drilling down even more, comparing yourself to your industry peers can tell a very different story. 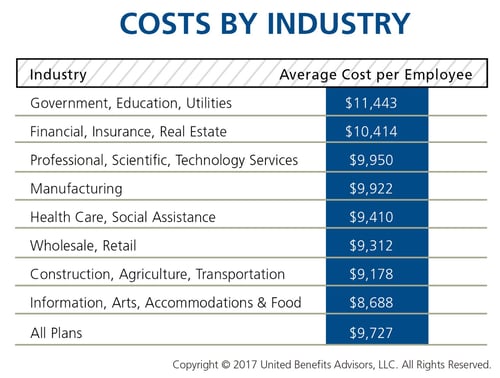 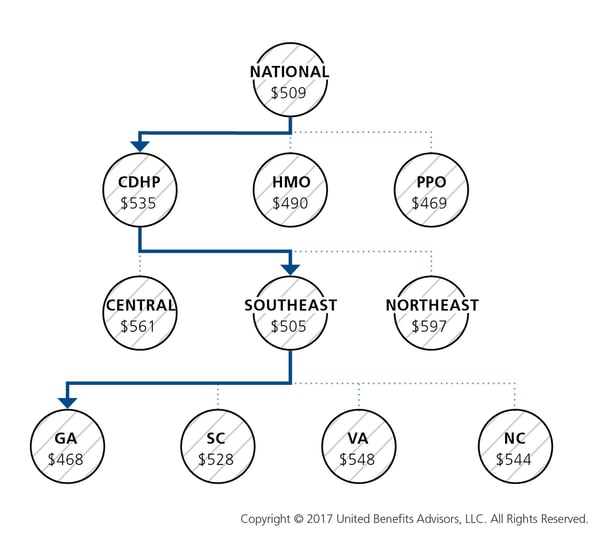 As our CEO, Les McPhearson, recently stated, “Benchmarking by state, region, industry, and group size is critical. We see it time and time again, especially with new clients. An employer benchmarks their rates nationally and they seem at or below average, but once we look at their rates by plan type across multiple carriers and among their neighboring competitors or like-size groups, we find many employers leave a lot on the bargaining table.”